Recently, the legend of the chess player AI Master60 has become one of the most popular events, because he goes on a winning streak and not a human chess player can match him. While we are marveling at the ultra-high-speed development of technology, while we cannot help but worry about whether the film "The Matrix" plot will arrive in the near future—whether artificial intelligence will replace the dominant position of mankind. Scholars, researchers, and experts in science, futurology, medicine, politics, ethics, literature, and other fields also argue fiercely over this issue. Threat theorists believe that the human development of artificial intelligence is playing with fire, while the supporters of the theory that science makes human step forward maintains that concerns about the future will hinder the development of mankind.

In 1765, the Lunar Society in Birmingham and the “Lunaticks” in the interdisciplinary domain swear by the name of moonlight, that they would regularly discuss and debate every full moon day. 250 years later, the artist Marjolijn Dijkman, in the 11th Shanghai Biennale stage, revisit this history, hoping to bring the light of wisdom to present world where we are all at a loss.

Since November, "lunar talks" has been held twice. We invited genius from the astrophysics, philosophy, art, science fiction literature and other aspects. They produce an interesting chemical reaction in the dialogue, stepping out of their past professional areas. The ideas transfer to other areas, the boundaries of disciplines being ideological battleground.

January 12 is a full moon day. "Lunar talk III" comes on schedule. This time we invited astrophysics researcher Jiang Xiaoyuan, ancient book researcher Zhu Fen, anthropologist Li Hui, philosophy professor Xu Yingjin and artist Lu Pingyuan. Of course, they will not only be confined to their main identity. They learned the knowledge of all walks of life in the past research, analogy to carry out research. Presumably this discussion will be explosions of collective ideas and this brainstorming "Lunasticks" seats. There are a still few vacancies, waiting for you to join!

• Venue: Moon Round Table at the 1st floor of PSA

In 1765, a group of pioneers in different fields constituted a society in the name of the moonlight, in Birmingham, England. They were driven by the lunatic and enchanting power, speaking freely on all kinds of topics covering science, industry, financial, etc. Although they called themselves “Lunatics”,don’t presume that they are speaking without consciousness. Their interdisciplinary discussion and debate succeeded to promote the development of England and the whole world afterwards. The membership of the “Lunar Society” included famous Erasmus Darwin, Mathew Boulton, James Watt and so on.

21st century artist Marjolijn Dijkman summoned by mystic power of the moon, has rebuilt the “Lunar Society” on the 11th Shanghai Biennale, giving vitality to the historical story. She has copied the table of Lunar Society and put it on the first floor of the gallery. Normally, the table is taken by the audience for rest or chat, which has form many lunar talks by chance.

On full moon days, Marjolijn Dijkman and Liu Tian, one of the members of the 11th Shanghai Biennale curator team, will organize a talk according to the convention of the “Lunar Society”. People who are both knowledgeable and interesting are invited to talk freely, and to take a piece of special thing as the start point of communication. 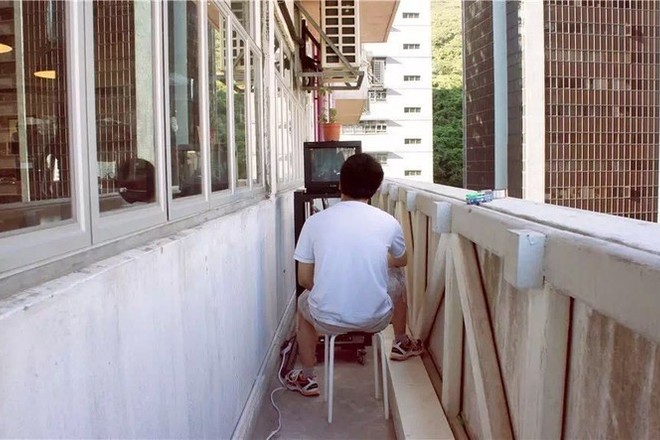