Please book your seat in advance through wechat platform： yancongpsa.

The architect who built the Fondation Cartier in Paris and the Louvre in Abu Dhabi in conversation with worldwide famous Chinese artist whose works, often ephemeral and monumental, have been exhibited often in Fondation Cartier and PSA, in museum spaces as well as in the landscape.

Since 1994, the Fondation Cartier pour l’art contemporain has been situated on the Boulevard Raspail in the Montparnasse area of Paris, in a building specially designed by the French architect Jean Nouvel. For the Fondation Cartier, Jean Nouvel took up the challenge of harmoniously combining 1,200m2 of exhibition rooms and six floors of offices. For the exterior, he designed a screen of glass to continue the perspective of the Boulevard Raspail, with the building set back from the boulevard and facades extended out on either side, perfectly integrating the architecture and garden. Alternating window panels and mirrors, the building’s glass surfaces afford glimpses of the works on display or reflections of clouds and urban space, allowing the building to transform according to the time of day. For the interior, Jean Nouvel devised a flexible space that invites artists to appropriate and inhabit its architecture for the duration of their exhibition, each project presenting an occasion to reinvent the site. Entirely open to the garden, with a ceiling height of 7 meters, the modular ground floor can be darkened for projections and installation videos. Its large glass bays can also slide out of sight, transforming the building into a vast structure on stilts open to the garden. “At the Fondation Cartier, the temporary exhibitions modify the building and become a source of speculation for passersby. For the By Night exhibition, it was all black, for Être nature, it was completely transparent, and Issey Miyake turned it into a gigantic display window. Each time, something happens that changes the nature of the building and relates directly to what it is being used for”, explains Jean Nouvel.

Since the mid-1980s, Cai Guo-Qiang has been exploring the properties of gunpowder in drawings and large-scale pyrotechnical performances that have become his trademark. His strong relationship with the Fondation Cartier pour l’art contemporain dates from his artist residency in 1993, during which he made the drawing, The Earth Has Its Black Hole Too: Project for Extraterrestrials No. 16. In 2000, the Fondation Cartier devoted a solo exhibition to him in which the artist showed Project for Extraterrestrials, as well as a series of screens made in Japan in 1991, including The Vague Border at the Edge of Time/Space Project. In 2016, for the exhibition The Great Animal Orchestra at the Fondation Cartier pour l’art contemporain, the Chinese artist Cai Guo-Qiang created the immense fresco White Tone, which recalls the rock art adorning cave walls. “This is one of the most detailed drawings I have ever created. Animals are like humans in the sense that they have so many expressions and forms, muscles, bones, fur, etc. You have to go very much into detail when you apply the gunpowder to represent the movement of the animal bending down to the water. And the gunpowder drawing itself remains a very fragile technique, due to the ignition process. I imagined this place being the sole remaining vestige of nature on earth, the final legacy for animals. So they no longer fight against each other but they are modestly bending down to drink the last sip of water. Like in a fairy-tale world, the depicted scene is a beautiful and moving vision, but at the same time it conceals a dark emotion. The pond is still and quiet: it is a vortex, a white void swallowing all its surroundings, creating a silent nothingness, an image from which all sound has disappeared or is about to.”

The Exploration inside Photography and Family 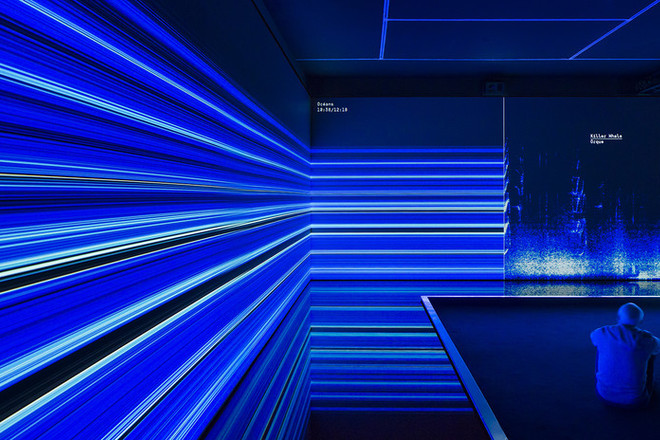 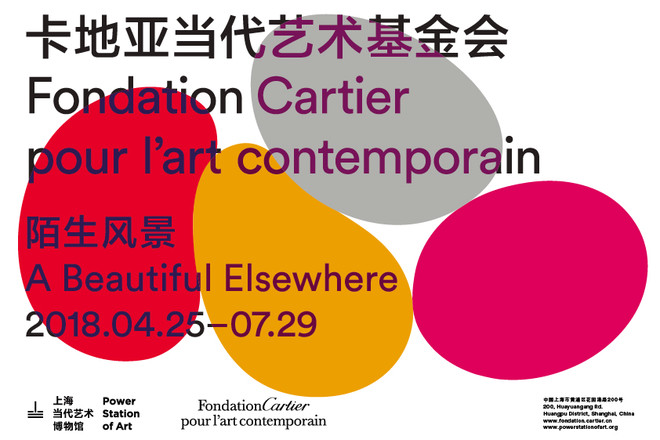