Sciences Exhibited: Universe, Mathematics and Environment at the Fondation Cartier

Please book your seat in advance through wechat platform yancongpsa.

Mathematics, environment, migrations, science: how to bring these fields of knowledge in a museum program with the involvement of artists and scientists.

Through various examples of exhibitions in the Fondation Cartier, a discussion on contemporary visual strategies to break boundaries between art and science. 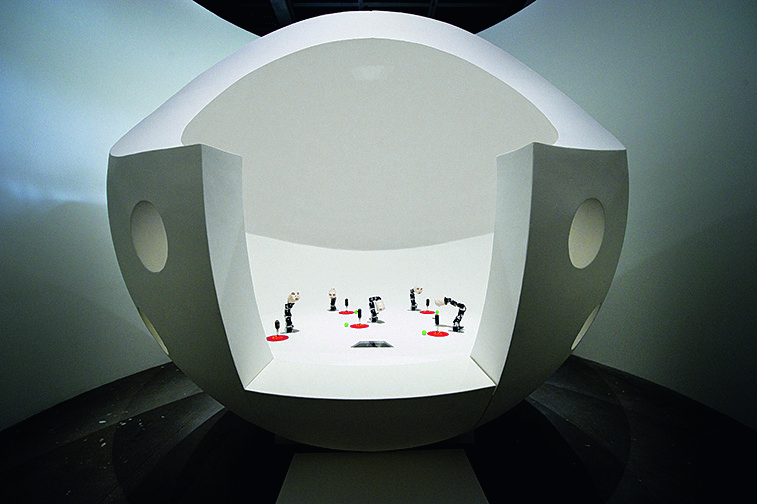 Since 1994, Hervé Chandès, as General Director, manages all the Fondation Cartier’s activities, the exhibition program in Paris, the international program, the collection and the artist commissions.

He has also conceived theme exhibitions, which, based on the stakes they raise, allow to cross contemporary creation and thoughts on the world:  Yanomami, Spirit of the Forest (Amazonian shamanism) in 2003, Native Land, Stop Eject (with Raymond Depardon, Paul Virilio and Diller+Scofidio) in 2008,  Mathematics, A beautiful elsewhere (internationally renowned mathematicians, artists and film directors) in 2011, The Great Animal Orchestra (with bio-acoustician and musician Bernie Krause and internationally renowned artists) in 2016.

Born in 1938 in Detroit, United States

Over the course of nearly fifty years, Bernie Krause has collected more than 5,000 hours of recordings of natural habitats, including at least 15,000 terrestrial and marine species from all around the world. His approach is unique: he contemplates the natural world as a poet, listening to animal vocalizations as a musician, and through his recordings, he studies it all scientifically. The graphic representations, or soundscapes, of his recordings reveal that the sounds of the animal world, often perceived as nonsensical noises, are actually as carefully orchestrated as the most complex musical scores.

With a double degree in biotechnology and business management, Romain Troublé is equally known for his sailing skills and participations in the America’s Cup in 2000 and 2003. From 2003 to 2006, he worked for Cerpolex specialized in polar logistics in the Arctic, Antarctic and in Siberia. They were involved in the organisation of sporting, tourist and scientific expeditions at the poles, but also in the discovery of frozen mammoths in Siberia. He has been coordinating the expeditions since 2004 and is now the Executive Director of the Fondation Tara Expéditions.

The scientific research schooner Tara organizes expeditions with the goal of studying and understanding the impact of climate change on our oceans.The Fondation Cartier pour l’art contemporain is a partner of the Fondation Tara Expéditions since 2016. The boat Tara is now in Shanghai during the opening of the exhibition, and the partnership continues.

Geochemistry of trace metals in coastal and estuarine environments

Professor Dai Minhan is one of the scientists involved in Tara activities.

Associate researcher at the "Paris Institute of Astrophysics"

Michel Cassé has been a consultant for many exhibitions from Fondation Cartier involving sciences.

Fei Dawei is a critic and curator of Chinese contemporary art. From 2002 to 2008, as director of the Ullens Foundation, he helped to build a collection of over 2,000 contemporary Chinese artworks and founded the Ullens Center for Contemporary Art in Beijing. Since 2008, Fei Dawei has worked as an independent curator. Fei Dawei and the Fondation Cartier have enjoyed a strong relationship since Fei Dawei’s residency in the 1980s at the Fondation Cartier in Jouy-en-Josas, along with Chinese artists like Huang Yong Ping and Cai Guo-Qiang.

The Exploration inside Photography and Family