The story of Michael Chow (b. 1939, Shanghai) is that of an improbable icon, a global cultural actor decades before globalization became the norm. Chow is the son of Zhou Xinfang, celebrated Beijing opera master and founder of the Qi School of performance. Fate did not allow him to pursue his youthful ambitions, to follow in his father’s footsteps or carve out a space for himself within the London contemporary art scene, dreams cultivated in equal parts by his schooling at the Saint Martin’s School of Art and his father’s theatrical tutelage. Chow opened the first of his restaurants in London in 1968. Today, MR CHOW operates in six locations around the world and has become synonymous with both high-end Chinese cuisine and the diverse set of artists and cultural luminaries for whom the restaurant was (and remains) a social hub. Returning to fine art practice after a forty-six-year hiatus, Chow adopts a style as dynamic and eclectic as his history―one that embodies, physically and symbolically, a distinctly Chinese twentieth-century cosmopolitanism.

The exhibition comprises three sections. The first section includes several large scale paintings, including a diptych spanning 24 feet long, plus twenty Works On Fire specially made for the Power Station of Art (PSA). Chow’s style reflects the visual traditions of Chinese art, Western abstract expressionism, and, perhaps most significantly, the bold gestures of Qi School Beijing opera. Composed of household paint, precious metals, and found materials, this “Qi School Expressionism” evokes a visceral sense of movement and object, spontaneity and control, chaos and harmony. Linking the artist’s practice to his longstanding engagement with the contemporary art communities of New York and LA, the second part of the exhibition contains several works from Chow’s portrait collection. Pieces by Jean-Michel Basquiat, Andy Warhol, Urs Fischer, and other contemporary artists in the Western world bear witness to the friendship between the masters and Chow. The third section of the exhibition constitutes over one hundred archival stage photos of Zhou Xinfang. The Qi School of Beijing Opera that he conceived has become a way of life for Chow and one that he puts into practice in his daily life. Seen as both an artistic construction and microcosm for a larger movement, the evolution of the Qi School reflects the complex history and cultural memory of the modern China.

The exhibition of “Michael Chow: Voice For My Father” at PSA coincides with the 120th anniversary of Zhou Xinfang’s birth in January 2015. The show will travel to the Andy Warhol Museum, Pittsburgh in February 2016 after the presentation of PSA in April 2015.

“In a sense, Zhou Yinghua’s artistic achievements have four parts: his father’s Qi School, the Mr. Chow restaurant, his collection of portrait art, as well as his own painting works. While his father’s Qi School represents a height of Chinese culture, Yinghua’s respect to such fatherly achievements forms a sharp contrast with the his overlooked Chinese identity when overseas. So Yinghua turned to set up a premium Chinese restaurant, letting the Western society know and respect Chinese culture from a daily starting point – China’s unparalleled culinary pleasures.

When running his restaurant, Yinghua got in touch with celebrities and dignitaries from different fields, including established big shots and young artists on the rise. In this PSA solo exhibition, viewers can expect 10 portraits of Zhou Yinghua, which he commissioned to different artists. With these portraits working as mirrors, he hass taking advantage of the eyes and hands of other artists to engage in self-judgment, self-recognition and image building, just like a spiritual Odyssey that is exploring and returning to the self, and he says, “For all my life, I’ve been trying to create something that can help me rebuild the marvelous world that I was familiar with in my childhood.”

"Last but not least in the exhibition are Zhou Yinghua’s own painting works, or presentations of his well digested understanding of Chinese and western cultures as well as artistic skills of western masters. While his works carry automatic, random and improvisational features of Jackson Pollock’s action painting, their core still represents the Chinese expressionism that focuses on vigorous freehand style. And the keys and secrets of his works are skillfully in line with more behind-the-scene expressions - the coordinated pace of Peking Opera’s musical instruments, and the rhythm embodied in skills of acting and combating.

Although almost 70 years old when re-picking up his paint brushes, Zhou Yinghua is still trying to create an artistic legend that explores a unique path with exceptionally young vitality and creativity, which are highly disproportional to his current age.“（Expressions of Zhou Yinghua’s Life and Art）

In 2015, at the 120th birth anniversary of his father, Zhou Yinghua is returning to his hometown, and unveiling his solo exhibition Michael Chow: Voice for My Father at the Power Station of Art, as a tribute to the “Qi School” of Peking Opera. The richness of Yinghua’s life and art can be observed from his three names in different phases of his life: Zhou Yinghua as a symbol of the Chinese culture, Michael as a western identity, as well as Mr. Chow as a mix of different cultures.

Zhou Yinghua was born in 1939 into a family of theater in Shanghai, China. His father Zhou Xinfang, the grand master of Beijing Opera, is regarded as a national treasure to this day. In his early years, surrounded by a loving family and a famous father, Yinghua developed a passion for Beijing Opera, particularly the spontaneity and creativity which his father excelled at. Yinghua dreamed of being a great artist in the opera. This was not his fate.

At the age of 12, he was sent to London, England. He lost everything familiar, his family, his language, his culture, even his name. Zhou Yinghua was rebranded Michael Chow. In 1956, he studied at Saint Martins School of Art and the following year at the Hammersmith School of Building and Architecture.

He founded his first restaurant, MR CHOW, in 1968 in Knightsbridge, London. It became an international success pawning locations around the world.

Michael thrived at designing, from specialty boutiques for Giorgio Armani, to his own restaurants and his home in Los Angeles. Michael has continued to be involved in all walks of creativity from architecture, theater and film. He is an appointed member of the Board of Governors for The Broad Museum.

Even after half a century, despite his success, there has always remained avoid in his heart that could only be filled with painting. Michael has finally picked up the Brush and Yinghua has returned to his childhood home. Asia's Island in the sky 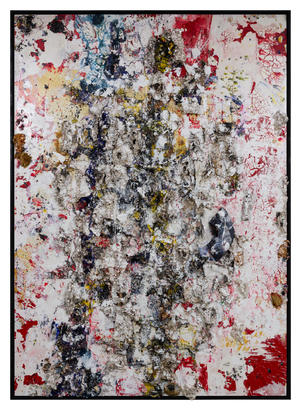 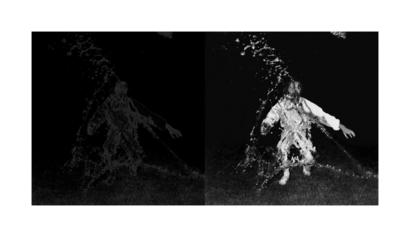