The starting point to Tim Yip’s exhibition is a traditional Chinese scholar’s library. Such a creative space is well established historically. The contents are revealing. There, a simple but elegant table and chair would sit in a sparse chamber. The brushes for calligraphy would be at hand, scrolls in evidence. The patterns of the windows would allow for a soft light and perhaps glimpses of a garden beyond. In this exhibition we begin in a comparable space that serves as the seat of the imagination. Here, the traditional elements are replaced with objects from the twenty-first century and from the artist’s studio. This is the place where the dreams are constructed.

The walls of the main hall are divided into three areas of projections. Directly ahead is the natural world of The Garden. This incorporates numerous views of Yu Yuan, originally established in Shanghai in the sixteenth century by a government officer from the Ming Dynasty. To the right as one enters is a wall of History, which includes photographs from many of the film productions that Tim Yip has designed. These images are combined with a sense of the specific historical development of Shanghai. The History wall represents a collective memory. To the left, the third wall represents The Street. Here the imagery begins with the dawn rising over a Chinese city and ends in the blazing abstraction of nocturnal light. This wall represents the present.

At the centre of the main space you will encounter Lili, Tim Yip’s muse and subject. Here, in gigantic form, she has become Shanghai Lili. She is the vessel that incorporates all our dreams and memories. We can observe her against the backdrop of the shifting projections. But she too is an observer. The entire space is constructed like a map of the human brain where the past, the present and the infinite natural world coexist. The zones of the imagination are presented as if drawn in a strange new cartography. The course of the exhibition is a passage from the scholar’s library to an equivalent of the interior of the imagination with Lili at its core

A renowned artist, Tim Yip has introduced his theory of a 'New Orientalism', which communicates his interpretation of oriental philosophy and aesthetics to audiences around the world. Tim has multidisciplinary works in costume design and art direction, and visual and contemporary art. For his work in Crouching Tiger Hidden Dragon, Tim won the Academy Award for Best Art Direction and the British Academy Film Award for Best Costume Designer in 2001. In 2004, he was the art and costume director for the Beijing handover performance at the Olympic Games closing ceremony in Athens.

Since working on his first film A Better Tomorrow directed by John Woo in 1986, he has accomplished costume design and art direction for many films and theatrical performances over the past three decades. Tim has collaborated with film directors of international acclaim including John Woo, Ang Lee, Tsai Ming Liang, Tian Zhuangzhuang and Li Shaohong. He has also worked with renowned many theatrical groups such as Cloud Gate Dance Theatre, Contemporary Legend Theatre, Han Tang Yue-fu Dance Ensemble and others, with performances that toured China, Austria, France, USA, the UK and Singapore. His striking costume design and art direction for the theatre production Medea, television dramas Oranges Turn Ripe, Netflix series Marco Polo, and feature films Temptation of a Monk, Springtime in a Small Town and Double Vision have further attracted worldwide attention to his work.

In 2011, Tim was art director for Akram Khan’s Desh, which won both a Bessie Award for Outstanding Production and the Olivier Award. The pair have since collaborated on Until the Lions, which premiers at The Roundhouse London in January 2016, and a new production of Giselle with The English National Ballet, which will open in Manchesterin September and go to Sadler’s Wells Theatre London in November  2016. Tim has also collaborated with theatre director Robert Wilson on 1433: The Grand Voyage, withChinese choreographer Yang Li Ping as stage and costume designer for her iconic works The Peacock and Under Siege, and with Franco Dragone on the Han Show.

In Opera, Tim is costume and stage designer for Bright Sheng’s new opera Dream of the Red Chamber, directed by Stan Lai with the San Fransisco Opera, premiering September 2016 in San Francisco. Past Operas include Rashomon, 1996, and Tristan und Isolde, 1998, both with the Buehnen Graz Opera House.

His work across media has received solo exhibitions including Faces of Time at the National Palace Museum in Taiwan and Bourges Maison de la Culture in France, Silent Passenger at Three Shadows Photography Art Centre in Beijing, Illusions of Silence at the Today Art Museum in Beijing, Rotations at the Esplanade in Singapore, and In Parallel at the Maison de la Culture D’Amiens. In photography and video art, Tim has received exhibitions in Spain – Gijon with an Eastern Glance -– China – at the JimeiXArles International Photo Festival in Xiamen – and the Pompidou Centre in Paris, where his short film The Kitchen won the ASVOFF 2015 award for Best Art Direction.

In 2005, he was invited by the John F. Kennedy Center for the Performing Arts to participate in the China Red Exhibition, and participated in the International Asian Art Fair held at The Park Avenue Armory, New York. In 2008, he was invited to participate in Christian Dior’s 60th anniversary exhibition, Dior & Chinese Artists. His work for Dior – Floating Leaves Garden – drew global attention to Chinese tradition in the context of high fashion. In 2009, his art on location installation was exhibited at the prestigious Yin Tai Center in Beijing.

Tim has several publications including Lost in Time, Flower of the Wind, Floating, Circulation, Rouge: L'art de Tim Yip (published in both French and English), Illusions of Silence, Passage and Silent Passenger.

His most important books as an editor and/or designer or publisher since the nineties include :

APPEARANCES, Fashion Photography since 1945, in conjunction with an exhibition at the Victoria and Albert Museum, London.

RICHARD AVEDON, AN AUTOBIOGRAPHY and EVIDENCE in conjunction with a retrospective exhibition at the Whitney Museum of American Art, New York

ROBERT MAPPLETHORPE, a three volume definitive publishing programme for the estate of the artist in conjunction with Random House, New York and Jonathan Cape, London. He is currently re-editing and desingning the definitive Mapplethorpe publication with Dimitri Levas for publication in 2017 by Phaidon.

REQUIEM, a memorial publication for the photographers on all sides of the conflict who were killed in Vietnam and Cambodia, in conjunction with an exhibition in Arlington, Washington D.C.

FULL MOON, photographs from the NASA Apollo missions to mark the 30thanniversary of the moon landing and the millennium, opening with an exhibition at the Hayward Gallery, South Bank, London. The book has now been published in both large and small editions in nine different territories worldwide and with a total print run approaching 400,000

LUCIAN  FREUD, the definitive retrospective volume of the painter’s work

THE SAATCHI GALLERY, London.  The inaugural publication of the new gallery at County Hall, 100 – The Work that Changed British Art, and the recent twentieth anniversary publication THE TRIUMPH OF PAINTING

ANNIE LEIBOVITZ, A Photographer’s Life, which became a bestseller on the New York times top ten bestseller list, even with the cover price of $75.00. He has worked on three furhter titles with Annie Leibovitz.

WILLIAM EGGLESTON, LOS ALAMOS RE-VISITED, three volumes, Steidl, Germany, 2012, and THE DEMOCRATIC FOREST in ten volumes, which were published by Steidl in 2015.

THE GREAT WAR, a photographic narrative of over 500 pages in conjunction with the Imperial War Museum in london to mark the centenary of the outbreak of the First World War in 1914.

TIM YIP. He has worked with the great Chinese designer for a number of years and in 2013 he curated the exhibition and produced the book SILENT PASSENGER in Beijing. He has worked with many of the leading photographers of the postwar period in America, Europe and Japan.His own interests in Japan have led to the publication of his own books as a writer and curator on Japan. These include:

THE OCEAN IN THE SAND, Japan from Landscape to Garden

BLACK SUN, the work of four of the leading postwar Japanese photographers in conjunction with exhibitions he curated a at MoMA, Oxford, the Serpentine Gallery, London and Philadelphia Museum of Art

BUTOH, a study of Japanese dance with Ethan Hoffman

BEYOND JAPAN, a study of postwar Japanese photography and design in conjunction with an exhibition he curated at the Barbican Art Gallery, London

ISSEY MIYAKE, a study commissioned by the designer with whose studio he has been connected for a number of years as he has worked with them on three separate projects.

He has recently worked with LUCIAN FREUD on a book covering the last ten years of the artist’s work and with LENNART NILSSON at the Karolinska Institute in Stockholm, one of the world’s leading medical research centres, with whom he published a book on the photographs of human biology from hormones and human conception to stem cells, titled LIFE, which was voted Illustrated Book of the Year 2006 on Channel Four TV in the UK and has been sold worldwide in numerous languages. He has re-edited Nilsson’s classic book A CHILD IS BORN and in the summer of 2012 his study of the world of science and art, from Linnaeus to Lenanrt Nilsson, titled THE POLLEN IN THE WIND was published in Stockholm.

In 2010 he collaborated with the sculptor Antony Gormley to produce a 700-page book recording the ONE AND OTHER project staged by the artist in Trafalgar Square, London. He is currently working on a series for Thames and Hudson in London beginning with Antony Gormley’s lectures and writing on sculpture, which was published in 2015.

For the last five or six years he has continued to work worldwide with leading artists and photographers in Europe and the United States. He has made many vists to China and has returned to lecture in Japan. He worked with the Gagosian Gallery in Los Angeles to present an exhibition of the American colour photogrpapher William Eggleston in September 2012. He currently lives in England.

He has given lectures at Berkeley, Harvard, the Museum of Modern Art in New York, the Victoria and Albert Museum, London, the Ashmolean, Oxford and has taught at St Martin’s and Goldsmith’s art schools in London,  and also lectured at 21_21 Design Museum in Tokyo and the Central Academy of Fine Arts in Beijing 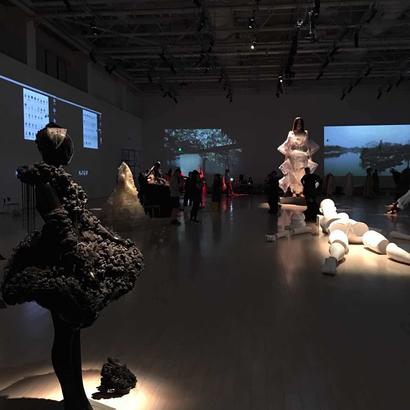 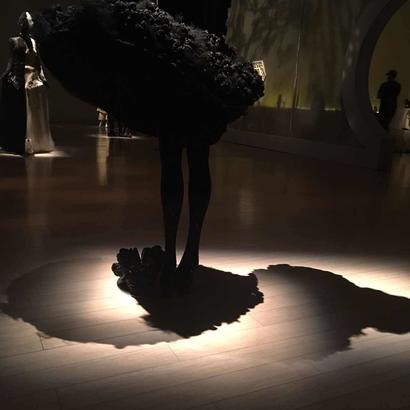 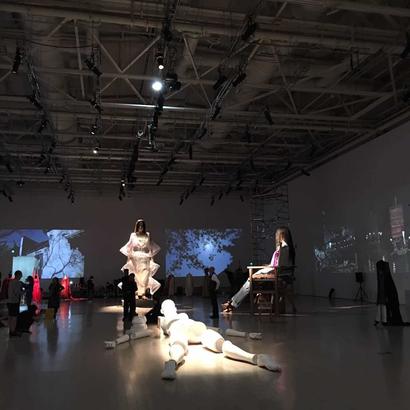 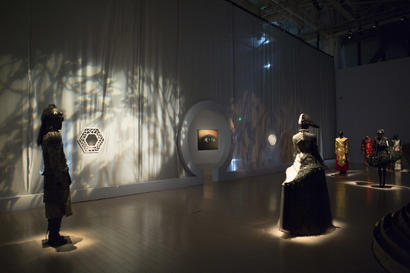 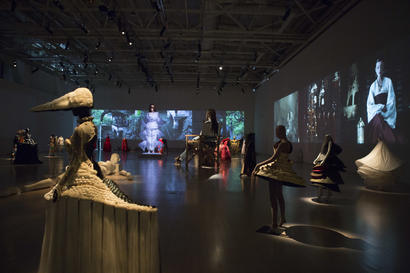 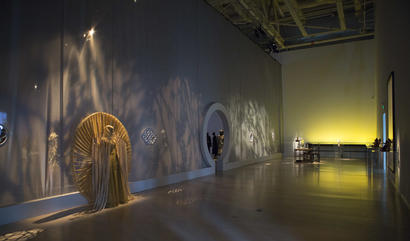